Golden Yachts guarantees excellence and precision in every step towards taking delivery of, and cruising on your dream yacht. The construction of a yacht is tailored to suit the individual’s needs as style, elegance, and exclusivity are harmoniously pursued.

GOLDEN YACHTS HAS SET A BENCHMARK THAT MEETS THE NEEDS OF EVEN THE MOST DISCERNING CLIENTELE. 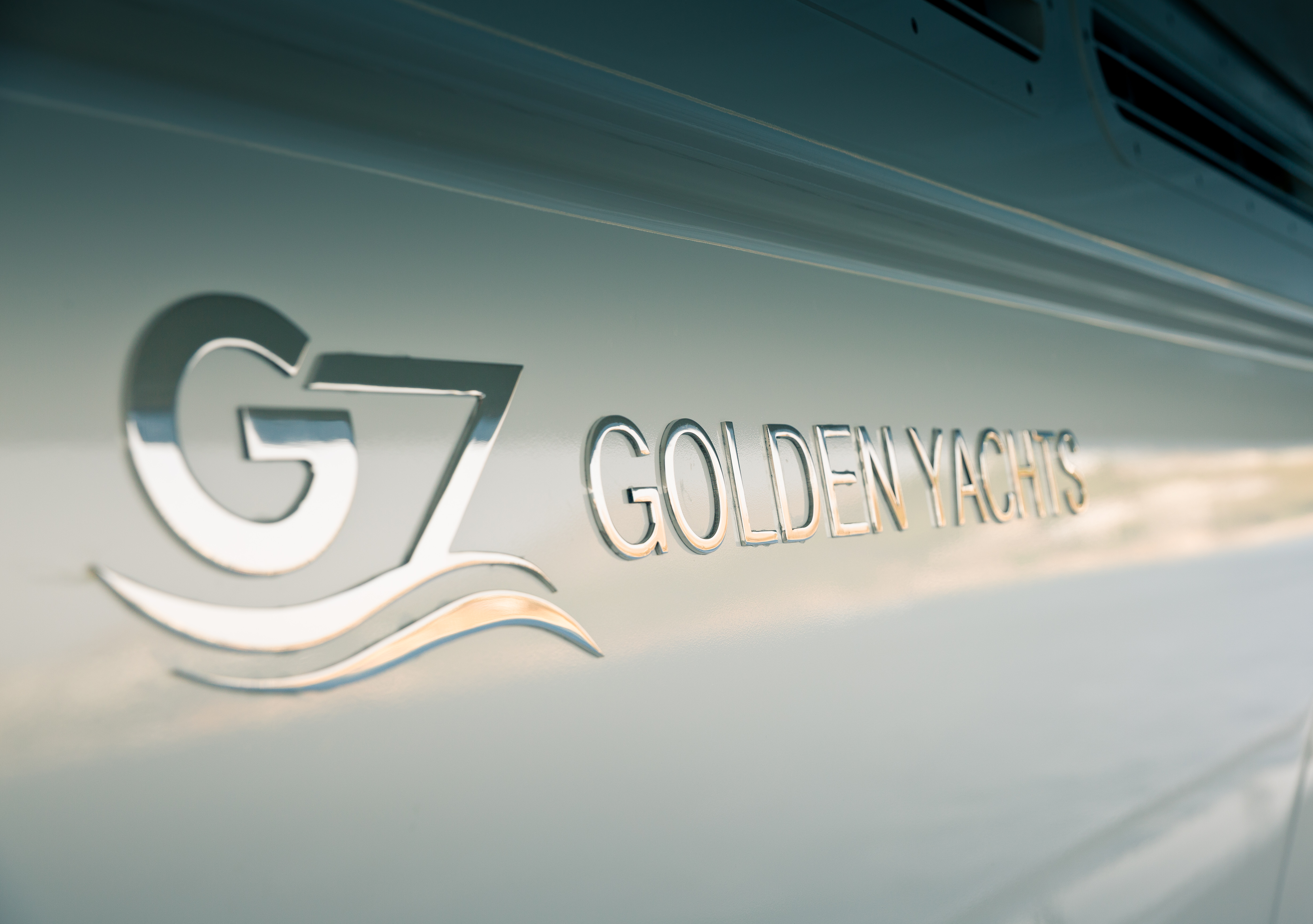 Golden Yachts is specialized in luxury yacht construction having its affiliated premises in Greece and co-operating with the best firms and sub-contractors in Europe.
Now, with full vertical integration Golden Yachts has implemented a ‘DESIGN AND BUILD’ strategy, whereby the company is focused on providing clients a totally BESPOKE experience.
Leveraging its longstanding strategic collaborations, the company is uniquely positioned to construct a wide range of custom made yachts built accordingly to every client’s unique demands, no matter how sophisticated from a technical point of view they may be. 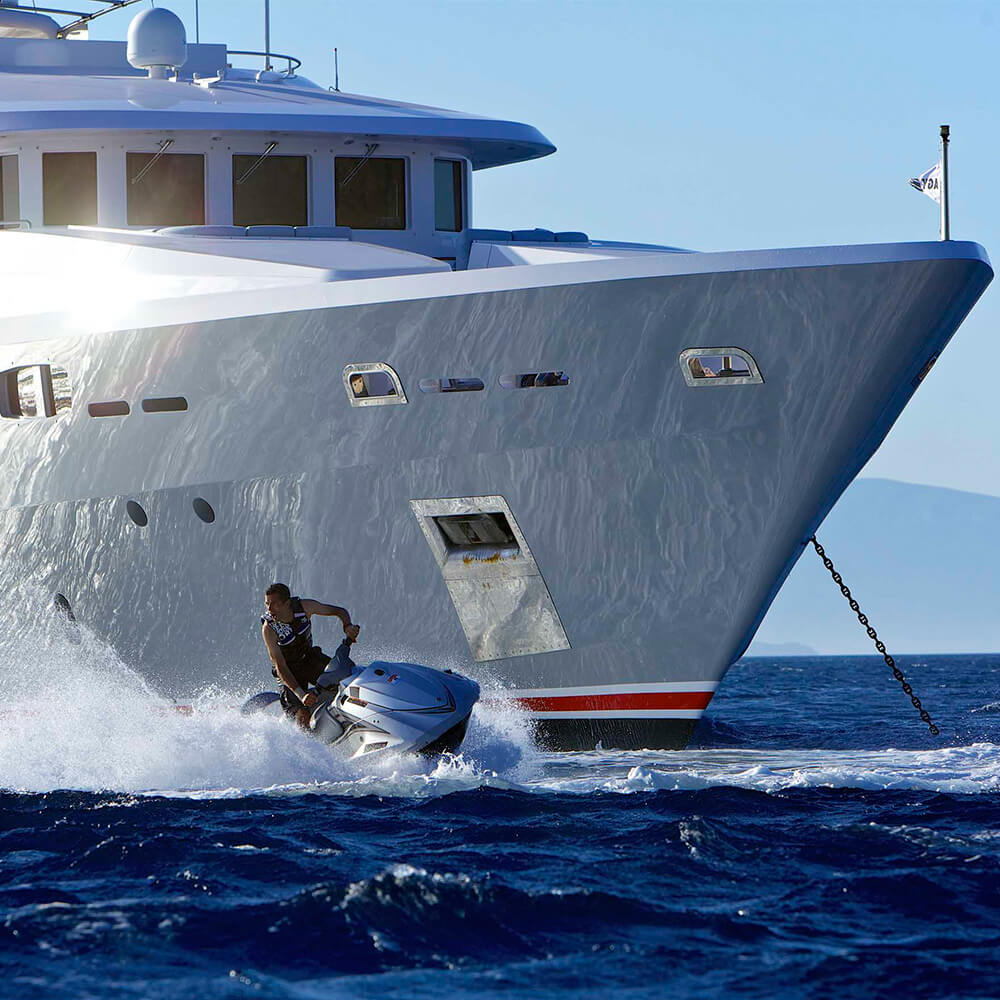 Golden Yachts was founded circa 1996 with 4 major refits/rebuilds in collaboration and consulting with well-known shipyards all over the world. The company began its activities in 1996 by consulting and supervising the construction of the 42-meter luxury M/Y O’PARI new building at Intermarine SpA. Following two years of the yacht’s management and maintenance, the company undertook the total refit of the 40-meter M/Y O’REA. The next challenge was the conversion of the 85-meter M/ Y O’MEGA, starting in China built by Mitsubishi with the steel and aluminum superstructures while her final outfitting took place in the shipyard’s facilities. Golden Yachts entered a new era in the 2000’s with a team of enthusiastic and committed naval architects and engineers. Since then, several projects have been completed, including the renovation of the fast-open 33-meter M/Y OPUS, now M/Y O’ASIS, built by Baglietto, the construction/outfitting of three decks 41-meter M/Y O’RION and the consultancy and supervision of 49-meter M/Y O’CEANOS at Mondo-Marine Italy.

Having acquired the required expertise and knowledge, in 2007 the team delivered their first, of the GY 50 series, new built 52-meter M/Y O’PTASIA, now M/Y VERTIGO. The sisterships 53-meter M/Y O’NEIRO and 54-meter M/Y O’RAMA, now M/Y MIA RAMA, were launched in 2008 and 2009 respectively.

In 2010, Golden Yachts has completed the renovation of their shipyard by acquiring new building facilities. In 2012 their 42-meter aluminum M/Y O’PATI was launched and won the award at the World Superyacht Contest 2012 for the category of the Two- Deck & Open Semi-displacement.

In 2013 Golden Yachts empowered its team and entered into the construction of Super Yachts by building the 72-meter M/Y O’PARI3, finally delivered in less than two years in 2015.

Golden Yachts shipyard has further delivered up to now four more projects, in 2018 the well-known 56-meter M/Y O’MATHILDE which is a new built construction, the 46-meter M/Y EDEN, the 51-meter M/Y JAZ by Amels and the refit of the 56-meter M/Y O’NATALINA by Picchiotti.

M/Y O’PARI3 before her sale as M/Y NATALINA A , became the flagship of new constructing achievements by Golden Yachts. The 85-meter M/Y O’PTASIA and the under construction M/Y O’PARI , a 95-meter project, to be delivered on May 2020 was launched at the facility of Golden Yachts Halkitis in Athens,Greece on March. Measuring 2,700 GRT with a beam of 13,8 metres, she follows the success of 85-meter M/Y O’PTASIA , M/Y O’PARI stands proudly 14th in row of the shipyard’s fleet.

Currently we are under construction of an 88-meter M/Y named PROJECT X. Measuring approximately 3,000 GRT with a beam of 14,8 metres, is expected to be delivered on spring 2022.

Golden Yachts having established a solid track record, is a shipyard with a built strong reputation for quality and reliability, while the size of their fleet is still growing and improving with several other major projects, including the design of three 73-meter yachts